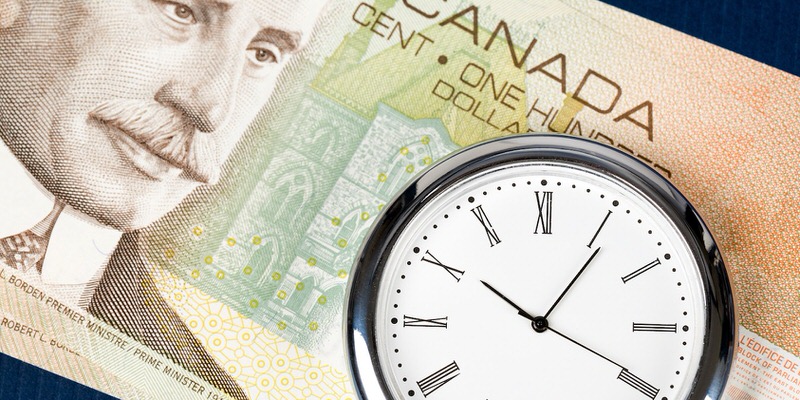 Recently, the Bank of Canada released its semi-annual Financial Systems Review (PDF document), which identifies some of the major risks that the Bank foresees on the economic horizon.

Unsurprisingly, the Bank pinpoints increased levels of Canadian household debt and rapidly increasing prices in Toronto and Vancouver as vulnerabilities to the financial system. The good news is that, despite these vulnerabilities increasing over the past six months, the Bank of Canada is confident that the financial system remains resilient, and that overall, national economic conditions continue to improve. This positive outlook, combined with strong economic growth, are playing a role in the not-so-subtle hint that the Bank may increase interest rates sooner rather than later.

So what does this policy review indicate for future federal interventions in the mortgage market? The short answer is a lot.

It is no coincidence that the aforementioned vulnerabilities mirror the rationale used by the federal government for the mortgage insurance and eligibility changes in October. The Bank of Canada, the Department of Finance and CMHC are all aligned and focused on curbing elevated levels of household debt and ensuring the stability of the housing sector. This report could be viewed as representative of the problems and policies that the finance department is considering.

It is no surprise then that the Bank of Canada is pleased with the impact that the October changes have had on the debt-to-income ratios of insured mortgages (chart 3). But, the changes have also had an impact on increasing the market share of new mortgages that are uninsured. Clearly, this was an intended impact of the federal government’s changes and now the Bank of Canada is identifying the uninsured space as the next place to consider in terms of whether action is needed. 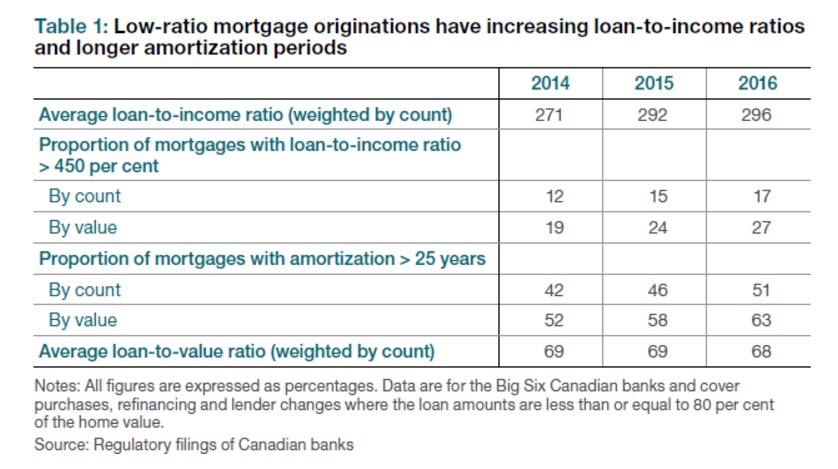 The first measure that is likely being considered is related to Home Equity Lines of Credit (HELOCs). This is clear for two reasons. First, because the Bank of Canada believes that the greater use of HELOCs could also be contributing to increasing household indebtedness. According to the Bank, HELOCs have increased at rates above income growth since early 2016, and have accounted for approximately 10 per cent of total outstanding household credit in recent quarters. Second, the Financial Consumer Agency of Canada recently released a report raising concerns that HELOCs may be putting some Canadians at risk of over borrowing. The timing of this report and the Financial Systems Review may not be coincidental.

It seems OSFI may be considering making changes to its B-20 underwriting guidelines; the Bank of Canada’s report suggests that OSFI will begin a public consultation shortly.

The critical policy question that the Department of Finance could be considering is whether to extend the stress test for insured mortgages to uninsured mortgages as well. This could create a more even playing field for lenders who originate a greater percentage of insured mortgages and could possibly have an impact in cooling the markets of Toronto and Vancouver. However, it could also negatively impact the rest of the Canadian housing market, which is not suffering from the same vulnerabilities of Toronto and Vancouver and could become unnecessary if the Bank of Canada raises interest rates.

Finally, there was a small policy section in the review that few may have paid much attention to but is important and provides some very helpful insights into the future of Canada’s private mortgage securitization market. The Bank of Canada recognizes that the recent changes have negatively impacted mortgage lenders that rely on portfolio insurance and that the increased growth in uninsured mortgages have created an opportunity for private residential mortgage-backed securities. The Bank of Canada goes even further and suggests that “properly structured private securitization would benefit the financial system by helping lenders fund loans.” (page 13).

It is surprising that this issue hasn’t received more attention because the Bank of Canada is tacitly endorsing a significant policy shift away from CMHC-backed mortgage securities to a private sector mortgage securitization market. This confirms that the creation of this market is an intended impact from the federal government’s changes to portfolio insurance and aligns with CMHC President Evan Siddall’s testimony to the finance committee on the changes to portfolio insurance.

Until the Bank of Canada is convinced that the housing sector no longer poses the greatest liability to the Canadian economy, Canadians will continue to see the federal government scrutinize mortgage activity in Canada with an eye to reduce the increasing levels of household debt in the country..

Let’s hope the government shifts their focus to unsecured household debt instead of further secured debt restrictions. However, if the Bank of Canada’s review is representative of the Ministry of Finance’s considerations, watch out for changes to HELOCs, through B-20 changes, the stress test being applied to uninsured mortgages and continued growth in the developing private sector mortgage securitization market.